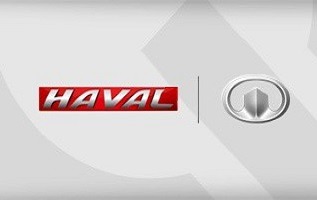 The 2018 Haval Outreach Expedition, which concluded in Cape Town on 4 October, was a resounding success. The journey, which stretched nearly 4 500km...

The 2018 Haval Outreach Expedition, which concluded in Cape Town on 4 October, was a resounding success. The journey, which stretched nearly 4 500km along the east coast of South Africa was completed by a convoy of two Haval H9’s, two Haval H6C’s, a Haval H2 and a GWM Steed 5E as the back-up vehicle.

According to Charles Zhao, Managing Director of Haval Motors South Africa, “The 2018 Outreach Expedition is our way of giving back to a market that has welcomed the Haval brand with enthusiasm. We’re invested in this market and, as a company, we know it’s important to show our appreciation and support in return.”

From the Kruger, the expedition convoy headed toward the coast before turning South toward Sodwana. In Sodwana, the two 4×4 H9’s in the group had the opportunity to show their muscle on the dunes. With six drive modes to choose from, including Sand Mode, the Haval H9 is perfectly suited for slippery and sandy driving conditions. The seven-seat luxury SUV proved to be extremely nimble on the challenging dunes. Recently launched in South Africa, the Haval H9 offers excellent performance, and it really is equally at home in the dunes as it is on the road.

The next port of call was Shelly Beach, where the expedition team stopped in at the brand-new Haval dealership in the area. In just 18 months Haval South Africa has seen remarkable growth and introduced five luxury SUVs to the local market. With a core focus on safety, luxury and comfort, the Chinese brand is confident it will continue to perform well with local consumers.

According to Mark Lilje, General Manager at Haval Shelly Beach, “It’s encouraging to see the high demand there is for this brand – it is definitely resonating with local consumers as they are looking for excellent value for money and that is precisely what Haval offers. We’re already selling 20 to 25 vehicles per month, which shows how popular this brand already is with buyers. Haval has placed notable emphasis on R&D, and it shows clearly in the quality and capability of our vehicles.”

Closing in on the half-way mark of this epic journey, the Haval Outreach Expedition then wound its way to East London to attend the local dealership’s public launch of the spectacular new H9.

From East London, it was on toward Port Elizabeth where the entire expedition was welcomed by over 40 Haval owners and staff. The occasion marked the handover of a brand-new Haval H9 to Tom Swartz, the winner of Survivor South Africa 2018.

Swartz is an official brand ambassador for Haval South Africa, as well as Haval Port Elizabeth. Swartz said he was extremely thankful to Haval and was very excited to drive his brand-new Forest Green H9 for the first time.

After toughing it out for 39 episodes of Survivor, and being crowned the ultimate winner, Tom is definitely looking forward to the luxury and comfort of his new Haval H9. Aged 41, Tom shot to local fame after winning Survivor SA 2018 and seeing as he comes from PE, it was clear that he’s become somewhat of a local hero.

Departing the windy city of PE, the convoy enjoyed a scenic visit to Knysna before setting out on the final stretch of the journey toward Cape Town, with the obligatory stop in Cape Agulhas.

It was a gruelling trek at times, with some rough roads, challenging weather and 4×4 courses thrown into the mix. “Although this journey was centred around reaching out to local communities and charities, it also served to prove that Haval can handle even the toughest local terrain”, says Zhao.

All six vehicles faired exceptionally well along the way, and the true comfort and fantastic luxury shone through with every kilometre driven. According to Kyle Kock, journalist for go! Drive & Camp / Weg! Ry & Sleep, “Haval has a unique opportunity in that it could be the first premium brand from the Chinese motor industry to make a dent in our local market, if they get the quality, pricing and aftersales support right. They’re three-quarters of the way there already!” High praise from an experienced journalist who spent nearly a week as part of the expedition team.

In true Haval style, the end of the expedition was celebrated with great fanfare. Haval Cape Gate hosted a glamorous function at the Purple Rayn boutique hotel, and this was the first function ever held on the premises as the hotel is only due to open in November.

Customers, staff, media and friends of the brand were all in attendance, and Haval took the opportunity to make a very special handover: amidst the festivities, Mr and Mrs Arendse – both longstanding Haval customers – took delivery of their brand-new Haval H9. According to Mr Arendse, “This is the fourth Haval I’ve owned, and it’s almost impossible to describe how fond I am of this brand. Aside from their amazing vehicles, it’s the exceptional aftersales service that keeps me coming back. I have owned many different vehicles in my life, but I have never received a high-level of service as I have from Haval. They truly care about their customers and immediately made me feel part of the family.”

In addition to receiving their new H9, Haval also gifted the Arendse’s with an R10 000 fuel voucher as a token of appreciation for being such loyal customers and brand ambassadors to this fast-growing brand in South Africa.

As the 2018 Expedition came to a close there were many queries as to whether this popular event will be repeated next year. Although there are no details yet, the success of this years’ expedition was inspiring, and it’s very likely that Haval South Africa will do similar outreach expeditions in the future.