Summit coincides with global entrepreneurship week which will be celebrated in 88 countries.   23-11-2010 – More than 300 small business owners are set to...

Summit coincides with global entrepreneurship week which will be celebrated in 88 countries. 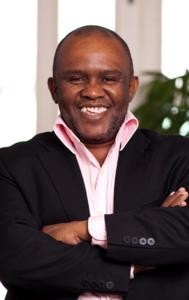 More than 300 small business owners are set to benefit from the expertise of SMME development practitioners, academics and when the fourth annual SMME Summit kicks off at the East London International Convention Centre (ICC) on Wednesday, 17 November.

A prominent calendar feature in Eastern Cape business circles, this year’s SMME Summit which will end on Thursday will coincide with the global entrepreneurship week which will be celebrated in 88 countries.

With the theme “promoting SMMEs for sustainable growth and development of the Eastern Cape”, the summit also includes an entrepreneurial workshops which will kick-start the two day small business affair. The workshops will equip small entrepreneurs with skills to deal with challenges facing start up businesses.

“Skills development is one of the main challenges small and medium enterprises face, hence part of our intervention is training,” Fundam says.

“SMMEs will also be exposed to the latest trends in the international and local SMME market sector and learn about business opportunities within the private and public sector,” says Fundam.

He adds that other challenges that directly or indirectly contribute to small business failure are governance issues and tender fraud.

Fundam adds that the measures recently announced by finance minister Pravin Gordhan to deal with tender fraud are a positive step that will encourage a thriving entrepreneurial culture.

One such measure as reported in the media is the payment of stiff penalties by individuals found guilty of tender fraud, including reimbursing government for losses up to twice the value of the contract. According to reports in leading business publications, that procurement and tender fraudto the value of nearly R25 billion is currently under investigation.

Partners of the SMME summit are ECDC, the provincial Department of Economic Development and Environmental Affairs (DEDEA), University of Fort Hare (UFH) and the Small Enterprise Development Agency (SEDA).