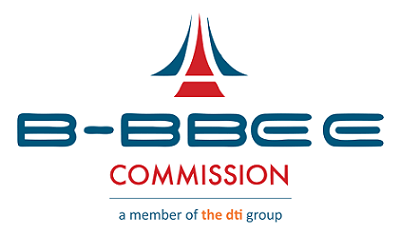 The report produced by the Broad-Based Black Economic Empowerment Commission (“B-BBEE Commission”) on the national status and trends on broad-based black economic transformation for...

The report produced by the Broad-Based Black Economic Empowerment Commission (“B-BBEE Commission”) on the national status and trends on broad-based black economic transformation for 2017 calendar year shows that JSE listed companies have only 38% representation by black people on their boards, with males accounting for 20% while females stand at 18%.

The report shows a decline in black ownership by 5.75% and black female ownership by 1.96% compared to the 2016 report.

Zodwa Ntuli, the Commissioner says “to improve this, we call on government and the private sector to increase procurement from businesses that are at least 30% black women owned, and to provide financial assistance, including through incentive schemes such as the black industrialist incentive programme of the dti.”

The study is part of the B-BBEE Commission’s mandate under section 13F (1) (g) of the B-BBEE Act and sought to analyse and determine the country’s present levels of economic transformation towards the achievement of the objectives of the B-BBEE Act in relation to black people owning, managing and controlling enterprises and productive assets of the economy.

Although required to submit compliance reports to the B-BBEE Commission in terms of section 13G of the B-BBEE Act, none of the organs of state and SETAs submitted their reports in the 2017 calendar year.

The analysis was purely based on data submitted on the B-BBEE certificates, and the various elements of the Codes of Good Practice have not been tested for compliance with the B-BBEE Act or on whether the verification was conducted properly by the verification agencies.

The report results show that 38% (male – 20%; female – 18%) of JSE listed companies’ board control is held by black people, which number includes black foreign nationals who do not meet the definition of black people as per legislation.

The 2016 report indicated that only 30% (male – 18%; female – 12%) black South Africans held directorship on listed companies, and black foreign nationals were at 15%.

The Property, Tourism, Agri-BEE and Financial Services did not achieve 25% on ownership and on average entities failed to reach 50% of targets on Skills Development, Management Control and Enterprise & Supplier Development across all sectors.

“We expect the pace of transformation to improve going forward given the recorded 65% increase in the requests for advice from the B-BBEE Commission in the 2017/2018 financial year, and also improvement in the submission of compliance reports after the JSE made B-BBEE reporting a listing requirement, which has helped improve the reporting in 2018 already.” Ntuli concluded.