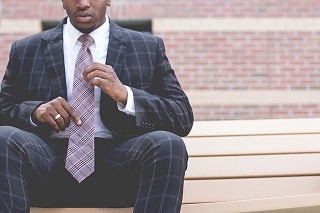 The 131 projects that have been approved under the Black Industrialists Scheme have resulted in increased investments and job creation. “The approval of these...

The 131 projects that have been approved under the Black Industrialists Scheme have resulted in increased investments and job creation.

“The approval of these 131 projects of black entrepreneurs has leveraged over R13.2 billion of private-sector investment, about 9 500 new jobs created and 8 900 retained in a wide range of manufacturing sub-sectors,” Trade and Industry Minister Rob Davies said on Tuesday.

The Minister was responding to members of the Trade and Industry Portfolio Committee on issues relating to his department that emmanated from the State of the Nation Address.

Davies further announced that in 2018, 22 trade missions and 20 national pavilions were undertaken across the world, where the dti supported companies to showcase their products and services.

Over 800 enterprises were assisted and approximately R4 billion export sales were recorded.

According to him, 15 National Pavilions are planned and 864 enterprises are expected to be supported in 2019.

With efforts to revitalise industrial parks to enable them to serve as catalysts for broader economic and industrial development in their host regions (townships and rural areas), Davies said R300 million has been approved for the second phase of the industrial park’s revitalisation.

To date, six Industrial Parks have been launched and funded to the value of R511 million and four will be ready to be launched this year.

The Industrial Parks Revitalisation Programme is one of the flagship programmes of government aimed at facilitating broad-based economic participation to achieve inclusive growth, as well as facilitating the transformation of the economy.

The Minister further mentioned that 2019 will see the launch of Eastern Cape, Limpopo, Northern Cape and the Free State InvestSA One Stop Shops, in addition to the operational offices in Pretoria, KwaZulu-Natal, Gauteng and the Western Cape.

These one-stop shops are critical to facilitating and increasing quality investments into the economy, he said.

Meanwhile, the Minister announced that all contracts that were wrongly issued for imports must be cancelled and re-issued according to localisation regulations.

According to Davies, where the localisation regulations were applied, there was an increase of investments and job creation, therefore as government, he said they were not apologetic for applying localisations tools.

“It is therefore imperative not only to get the money back in some cases but to cancel and re-issue contracts according to the localisation regulation. We are pleased with the process of rectifying these import leakages as a result of non-implementation and corruption of the programme,” said Davies.

Despite many challenges, the localisation programme faces, significant investments, new capacity and capabilities have been created.

He said that collaborative platforms with global original equipment manufacturer through inter alia technology and skills transfer programmes have been realised, new products were developed and factories launched at the back of rail localisation.