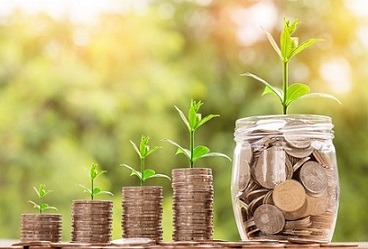 President Cyril Ramaphosa on Friday announced the details of an economic stimulus and recovery plan, adopted by Cabinet, which is set to amongst others,...

President Cyril Ramaphosa on Friday announced the details of an economic stimulus and recovery plan, adopted by Cabinet, which is set to amongst others, ignite growth in the South African economy, boost much needed job creation and restore investor confidence.

The ambitious and bold measures, which in the main give priority to those areas of economic activity that will have the greatest impact on youth, women and small businesses, arose out of Government’s concern that for several years, the South African economy has not grown at the pace needed to create enough jobs or lift its people out of poverty.

Added to this are factors such as Public finances being constrained, limiting the ability of government to expand its investment in economic and social development, coupled with the twin evil of recent months, which saw structural weaknesses in the country’s economy been made worse by global factors. These included the rising oil price, weakening sentiment towards emerging markets and deteriorating trade relations between the US and other major economies.

“The stimulus and recovery plan we are outlining consists of a range of measures, both financial and non-financial, that will be implemented immediately to firstly ignite economic activity, secondly restore investor confidence, thirdly prevent further job losses and create new jobs, and fourthly to address some urgent challenges that affect the conditions faced by vulnerable groups among our people,” an upbeat President Ramaphosa told journalists, at the Union Buildings in Tshwane.

The stimulus and recovery plan has four broad parts, namely:

– implementation of growth enhancing economic reforms;
– reprioritisation of public spending to support job creation;
– the establishment of an Infrastructure Fund;
– addressing urgent and pressing matters in education and health; and
– investing in municipal social infrastructure improvement.

Cabinet this week deliberated on and approved the proposed far-reaching measures, which encompass a number of related portfolios.

President Ramaphosa’ s unveiling of the stimulus package comes amid a number of developments on the economic terrain, including the Jobs Summit on 4 and 5 October and the International Investment Conference which will bring together South African and international investors on 26 and 27 October.

“It is generally agreed that in order for our economy to grow at a rate that will lead to job creation on a meaningful scale, we need to significantly increase levels of investment.

“We are decisively and rapidly accelerating the implementation of key economic reforms that will unlock greater investment in important growth sectors. These reforms include immediate changes approved by Cabinet to South Africa’s visa regime,” he said.

These measures, the President said, have the potential to boost tourism and make business travel a lot more conducive.

“The central element of the economic stimulus and recovery plan is the reprioritisation of spending towards activities that have the greatest impact on economic growth, domestic demand and job creation, with a particular emphasis on township and rural economies, women and youth.

“Our government has limited fiscal space to increase spending or borrowing, it is imperative that we make sure that the resources that we do have are used to the greatest effect,” President Ramaphosa said.

The reprioritisation of spending will take place within the current fiscal framework and in line with the normal budgetary process.

“In total, the plan will result in reprioritised expenditure and new project level funding of around R50 billion. The Minister of Finance will provide more detail about the final amounts involved and the specific areas affected during the Medium Term Budget Policy Statement next month,” said the President.