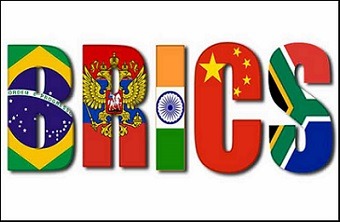 BRICS member countries have agreed to strengthen cooperation and mutual assistance to facilitate trade between bloc countries and other developing countries.

The working group meeting got underway on Wednesday with one of the main focus areas of the high-level meeting being the establishment of an enabling legal framework for BRICS Customs cooperation.

“Delegates from BRICS member countries… have agreed to strengthen cooperation and mutual assistance to facilitate trade between member countries and other developing countries. The BRICS countries have implemented various models of Authorised Economic Operator (AEO) programmes, which give preferential treatment to certain traders, importers and exporters,” said the revenue service on Thursday.

While AEO programmes have demonstrated their effectiveness in strengthening supply chain management and economic competitiveness, the BRICS members are at different stages of development.

“The meeting agreed that it would be more beneficial at this stage to share information and identify priorities with the aim of working towards bilateral agreements. It was further agreed that certain areas of the Customs Mutual Administrative Assistance Agreement (CMAAA) should be improved before adaptation.”

The two-day meeting emphasised the need to finalise the BRICS Customs Mutual Administrative Assistance Agreement (CMAAA) by 2021.  The agreement would enable the seamless movement of goods among member countries and bring the reality of economic cooperation even closer.

The meeting deliberated on the value of an integrated risk management system as a key area in terms of risk identification, not only for Customs but also for tax administration purposes.

“This will likely form part of the agenda in the upcoming BRICS Tax meetings in June this year, to be hosted by SARS in Johannesburg. These annual gatherings have been beneficial for the BRICS bloc, which has seen enhanced collaboration over the last decade,” said the revenue service.