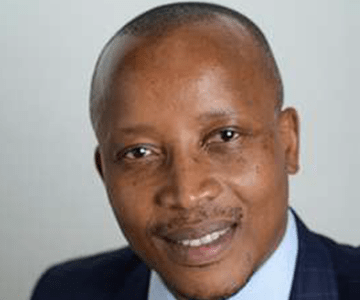 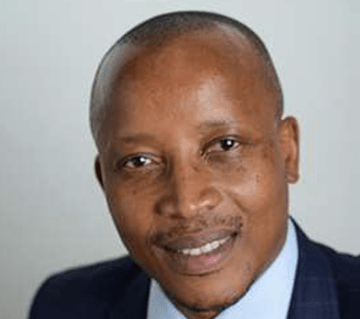 The Coega Development Corporation (CDC) Board has announced it has appointed Khwezi Tiya as Chief Executive Officer (CEO), effective January 2021. Following the departure...

The Coega Development Corporation (CDC) Board has announced it has appointed Khwezi Tiya as Chief Executive Officer (CEO), effective January 2021.

Following the departure of Pepi Silinga as CEO of the CDC, a position which he executed with distinction and unrelenting commitment, the CDC Board undertook a recruitment process to source a suitable candidate to step into the shoes of the CEO of the CDC and lead it in its quest to remain the most successful SEZ in the country, as well as to steer it to its next level of success and recognition as a force to be reckoned with not only in the Republic of South Africa but more so throughout the African Continent and the world at large.

Tiya, who is no stranger to the CDC, brings with him a wealth of experience, integrity and solid investment focus.

He brings with him a collective of all the attributes that the CDC requires from a leader to grow it to unimagined levels.

His credible reputation as an acclaimed and empowering leader will undoubtedly benefit the interests of the shareholder, the Province of the Eastern Cape and the entire country given the role the CDC plays on national economic and social infrastructure projects.

As part of his senior executive development, he has completed the Advanced Management Program (The Wharton School, University of Pennsylvania, USA).

Mr Tiya has attended the Harvard Business School’s 2014 Global Energy Seminar, which has helped shape his thinking and understanding of the energy transitions.

He is also a certified Project Management Professional (PMP) since 2005, as a testimony to his understanding of the overall requirements for complex project development and project management.

He began his career as an engineer in 1992, working on multidisciplinary projects.

Before joining his soon to be former employer, Standard Bank Corporate & Investment Banking in 2010, where he is currently Head of the Oil & Gas and Public Sectors (South Africa) in the Client Coverage Division, he worked for the CDC from 1999 in a variety of senior and executive roles in strategy, operations and business development.

He was intimately involved in the business and political negotiations that were necessary for the advancement of the Coega Special Economic Zone (SEZ) [formerly – Coega Industrial Development Zone (IDZ)] Project.

He gained particular experience in the execution of projects from a public sector perspective, collaboration with other State-Owned Companies (SOC’s), proposals for infrastructure regulatory changes for economic efficiency, development of the SEZ operational systems, led the strategy for the acquisition of investors and participated in various governance structures to ensure the management of risk and effective delivery.

He also was intimately involved in the early decisions on the diversification of the CDC’s business to look at broader infrastructure and services including an ICT platform, as well as enabling other economic projects such as the Nelson Mandela Bay Logistics Park, which is still under the management of the CDC.

Through his work with the current employer, he has emerged as a thought leader in the energy sector, with lead participation at major sector conferences.

He has also played a critical role in unlocking multiple project financing and advisory opportunities, creating partnerships for major initiatives and enabling the participation of the historically disadvantaged individuals and companies in the oil & gas sector.

He has used his capacity for analysis and collaborative effort to influence the policy environment, and help unlock multibillion upstream oil & gas investments in Southern Africa.

The combination of his knowledge of the public policy environment, leading cross- functional teams, understanding of global financing and investment with African focus, the project environment and the intricacies of relating that to the specific challenges for companies, including knowledge of the related nexus of infrastructure, energy and industrialisation, will be a critical enabler for the CDC as it seeks to realise its vision.

This is particularly critical given the broader national role the CDC is expected to play in the delivery of infrastructure as part of the economic recovery plan.

The CDC Board would like to express sincere appreciation to Themba Koza, who has held the fort as Acting CEO since 1 October 2020.