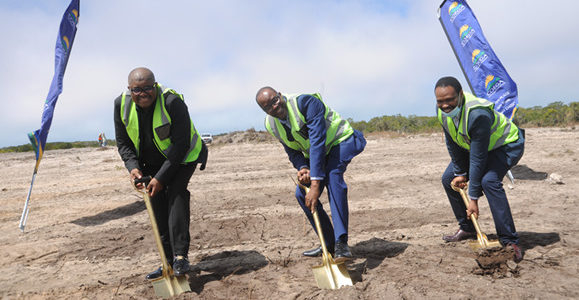 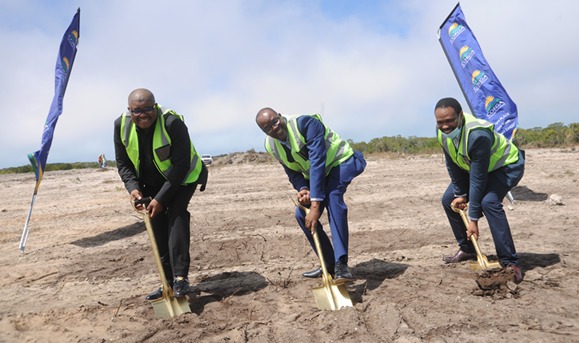 The Coega Development Corporation (CDC) announced that over 900 hundred jobs are earmarked to be created through the Coega Aquaculture Development Zone (ADZ). A...

The Coega Development Corporation (CDC) announced that over 900 hundred jobs are earmarked to be created through the Coega Aquaculture Development Zone (ADZ).

A catalyst project funded by the Department of Economic Development, Environmental Affairs & Tourism (DEDEAT) to the tune of R206 million through the Provincial Stimulus Fund.

Marking a significant milestone in the project, the MEC for Finance & Economic Development, Hon. Mlungisi Mvoko celebrated the occasion with a SOD turning event held at the Coega Special Economic Zone (SEZ) in Zone 10.

In his speech, he congratulated the CDC on the project and highlighted its strategic alignment with the Provincial approach – “this project is in line with our provincial development strategy & it speaks to the Eastern Cape’s (EC) Oceans Economy.”

“As government, the most important thing is to save jobs and go beyond saving to creating jobs. This stimulus fund seeks to fund enterprises that seek to save jobs, this is something that we have done and continue to do.”

“With the Oceans Economy Master Plan there is a lot to be tapped and if we focus on that Master Plan we will create jobs, especially with the coastline that we have in the EC.”

400ha of land has been earmarked for the development of the ADZ, with phase 1 occupying 110ha of land. The project will also see the construction of a desalination plant.

“The two Perlemoen Farms projects are earmarked to create over 700 jobs and the two Finfish Farms coming in with 200 jobs,” adds Dr Du Plessis.

“The money from the stimulus fund has assisted us in kick-starting the project as we are currently working on installing the needed infrastructure for the development of the farms which will take up to 9 months to get things off the ground,” concludes Dr Du Plessis.