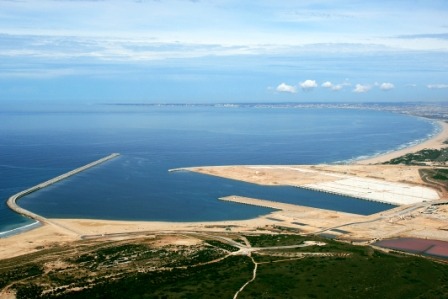 Coega Development Corporation is waiting eagerly to win a prestigious award this year at the Future of HR awards. In just a week, the...

Coega Development Corporation is waiting eagerly to win a prestigious award this year at the Future of HR awards.

In just a week, the Future of HR Awards will be celebrating South African organisations that have demonstrated agility in the workplace and who are high-performance pioneers, highlighting their achievements for local and international business.  This year, the awards ceremony would be held at the Sandton Convention Centre, north of Johannesburg, on 13 June 2019.

For three consecutive years, the CDC has been nominated in the Employer of Choice: Public Sector category.  This year, Coega is up against some credible organisations as finalists, all running for such a prestigious award.

It is no secret that an agile HR department is a key to any efficient public sector entity whose innovative values create a conducive environment and plays a major role in establishing standards of excellence in response to South Africans’ service delivery needs.

“This year marks Coega’s 20th anniversary since its establishment in 1999; therefore the nomination as the Employer of Choice in Public Sector is a demonstration of our collective effort to excellence in everything we have been doing not only to advance the development of all our valuable employees but also to create value for all our stakeholders,” said CDC’s Head of Marketing, Brand and Communications, Dr Ayanda Vilakazi.