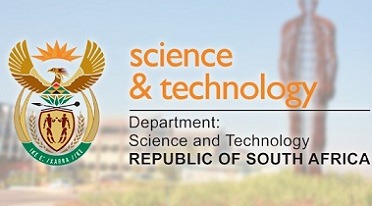 Science and Technology Minister Mmamoloko Kubayi-Ngubane says her department will target programmes that will address transformation through research and development. The Minister said this...

Science and Technology Minister Mmamoloko Kubayi-Ngubane says her department will target programmes that will address transformation through research and development.

The Minister said this when she briefed the media ahead of tabling the department’s budget vote speech at the Old Assembly Chamber in Parliament on Wednesday.

“The programmes targeted during this financial year will address transformation, through key research, development and support initiatives.

Department to release White Paper on science, technology and innovation

The budget vote speech is being presented at a time that the department is finalising its White Paper on Science, Technology and Innovation.

The National Advisory Council on Innovation has been commissioned to work on a framework for a new decadal plan.

“The premise of the new White Paper is that science, technology and innovation are central to inclusive and sustainable development for shaping a different South Africa.

“More importantly, the White Paper recognises that inclusivity is central to the national system of innovation, both in terms of promoting social justice and of fostering a system in which creativity and learning can flourish,” Minister Kubayi-Ngubane said.

After the Inter-Ministerial Committee (IMC) on the centenary of Nelson Mandela and Albertina Sisulu announced that the 64th dish of the MeerKat, which is part of a broader Square Kilometre Array (SKA) project, would be switched on on 18 July, Minster Kubayi-Ngubane said details about the launch would be communicated soon, while the department waits for confirmation on whether the President would grace the occasion.

Minister Kubayi-Ngubane said the department’s support for Phase One of the SKA radio astronomy project will continue over the next three years, with an amount of R2.2 billion set aside. She said all 42 farm portions required for SKA Phase One have been secured and that R709 million would be allocated to the SKA this year.

Moreover, R1.8 billion has been set aside for the Socio-Economic Innovation Partnerships programme.

“The department will invest R186 million over the next three years – starting with R63 million this year – in targeted research and development to support the next generation of mining.

“The Mandela Mining Precinct in Carlow Road, Johannesburg, which was previously underutilised, has been transformed into a space where researchers and the mining industry can generate the knowledge and technologies essential for next generation mining.”

Minister Kubayi-Ngubane said the mining industry has committed to a co-investment of R33 million in the initiative.

She said other initiatives in the department’s Wheat Breeding project, in partnership with Stellenbosch University and Grain SA, is an initiative that will help the country to reduce its reliance on imports.

According to Grain SA, South Africa currently imports 40-50% of the wheat it consumes, to cover an annual average shortfall in production of 1.3 million tons.