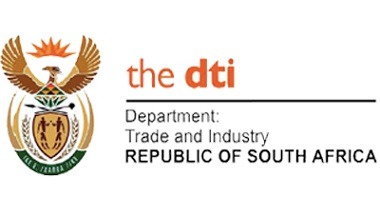 The Department of Trade and Industry (dti) says it stands by the validity of the Copyright Review Commission (CRC) report, which was released in...

The Department of Trade and Industry (dti) says it stands by the validity of the Copyright Review Commission (CRC) report, which was released in 2012.

This comes after collecting societies recently raised concerns over the CRC report. The Copyright Review Commission was established in 2010 to look into issues of artists’ royalties not being distributed correctly.

“Collecting societies had no challenges with the CRC report until recently in 2018. The dti stands by the validity of the report and affirms that the work conducted was extensive and factored many stakeholders in the music industry as well as international best practices,” said the department on Friday.

The dti said CRC report, which stems from the establishment of the Copyright Review Commission in 2010, will go a long way in ensuring that the plight of artists who die as paupers are addressed.

“The report is therefore valid and credible in the dti’s view. We appeal to all concerned that the central concern for all should be to correct the imbalances and injustices that are widely known in our society as far as artists are concerned. We need to economically empower our artists and bring dignity to a sector that preserves our history, heritage and culture,” said the dti.

The department said Minister Rob Davies is satisfied with the (CRC) report that was chaired by Judge Ian Farlam and will encourage Parliament to put reliance on the report.

The dti said should there be substantiated allegations against members of CRC, there are legal processes those who allege wrongdoing can follow so that Parliament can concentrate on legislating for the people of the Republic, in particular artists and musicians.

The Commission was established by the Minister following a Presidential Conference on the Creative Industry in 2009, which was held at the Sandton Convention Centre.

The conference mandated the dti to work with other departments to combat piracy of copyright and trademarks, and to encourage artists and musicians to form small businesses to for the collective management of copyright and copyright royalties.

The CRC was constituted by persons who are experts in the area of Copyright and Intellectual Property.

The department said the process of establishing the CRC was open, transparent and credible.

Except for the chairperson of the (CRC) — Judge Farlam — other members were in private practice.

The dti emphasised that the CRC’s establishment was not to investigate a specific collecting society.

“The CRC report has been in the public domain for several years and its credibility has never been questioned. It is worth noting that the findings or recommendations of CRC in the main are negative and go against the current regime of management of collecting societies.

“In this vein, it is difficult to suspect that the members of CRC were influenced and not independent because the outcome could have been different and in favour of collecting societies in the report,” said the dti.

It added that during the Parliamentary process of 2018 on the Bill, all the recommendations may be incorporated into the Bill, and/or be left for regulations.

“The dti never deliberately omitted any recommendations.  Parliament may deal with these issues.”