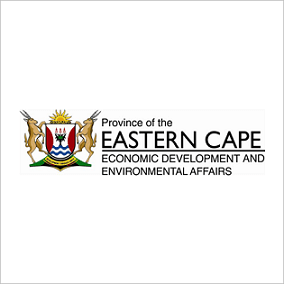 The Eastern Cape Department of Economic Development, Environmental Affairs and Tourism say that it is hoping to attract more bankable projects for its Local...

The multi-million fund, which closes in just under two weeks on 30 June 2018, funds projects in key priority sectors, starting at a minimum amount of R500,000 for a feasibility study rising to a maximum of R3 million for project implementation.

In the 2016/17 financial year, the Department funded nine projects in the Alfred Nzo, OR Tambo District, Sarah Baartman, Buffalo City and Amathole areas.

The Member of Executive Council for the Department, the Honourable Lubabalo Oscar Mabuyane says that the fund is vital to the province’s economic development which aims to support SMMEs and cooperatives that have innovative ideas and well-thought-out plans for creating new economic opportunities that enable job creation.

“The fund is about helping SMMEs to promote innovation and enterprise development, particularly in the areas of agro-processing, the auto sector, manufacturing, the oceans economy, renewable energy and tourism,” he explains.

Amongst the funded projects during the last financial year was a 100% youth owned brick manufacturing project, Khulani Youth Development Co-operative, in Idutywa in which seven jobs were created. This project will be officially launched by the MEC on the 28 June 2018.

Another funded project, Ivili Loboya, is a 100% woman owned enterprise which manufactures fibre using cashmere wool, in the Butterworth area.

But the support is not limited to funding, over a period of at least 18 months post funding, the department explores additional partnerships to provide further and more comprehensive support to the beneficiaries.

Mr Bongani Gxilishe, the Head of Department says that funding for projects has been hampered by poor quality of proposals, following due diligence reviews. I have instructed those in my office to do everything possible to support and guide SMMEs throughout the process but SMMEs must also give us something to work with, says Gxilishe.

The fund which is exclusively for Eastern Cape citizens who live in the country, requires that the enterprise be 51% or more black-owned and 51% of the management team must be African, and be involved in the day-to-day operations of the business with necessary potential and appropriate skills.

Successful applicants are also expected to commence with the project or activities within 90 days after the application has been approved.

Other mandatory conditions include having a registered legal entity or cooperative in South Africa and valid South African Revenue Services’ tax clearance certificate, compliant with the B-BBEE codes, audited financial statements for entities which have been trading for more than a year.

Application forms for LRED funding can be downloaded from the DEDEAT website, http://www.dedea.gov.za/ or use this link https://goo.gl/hyoW2A.