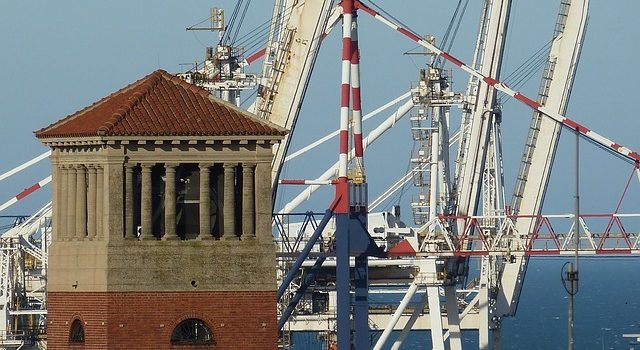 EC aims to transform the economy

The Eastern Cape government will in the next 12 months focus its attention to transforming its economy and creating jobs as the province rebuilds...

The Eastern Cape government will in the next 12 months focus its attention to transforming its economy and creating jobs as the province rebuilds from the ravages of the COVID-19 pandemic, says Premier Oscar Mabuyane.

The Premier made the commitment as he delivered the province’s 2021 State of the Province Address (SOPA).

“Now that the virus is subsiding, as evidenced by less infections, less deaths and less active cases, it is time to focus on the reconstruction and recovery of our economy,” he said.

“It is also time to deliver the knockout blow to the virus, and to accelerate the pursuit of the initial goals we set at the beginning of the sixth term. In this regard, our immediate task is to intensify the work of transforming the economy and creating jobs.”

The province, he said, was doing this against the backdrop of low economic growth, rising unemployment, ongoing budget cuts, and increasing demands for services.

“Needless to say, business activity was negatively affected by the pandemic, with many businesses having to slow down or shut down their operations,” said Mabuyane.

In response to the pandemic, the province introduced a range of short-term business relief packages. These included amending the Jobs Stimulus Fund to allow for additional support to businesses in distress. In this regard, R75 million was approved to augment the budget for the fund. To date, 38 businesses have benefited to the value of R26. 6 million, ensuring the retention of 1 538 jobs in the province.

He said the job stimulus fund would remain one of the key instruments for support to distressed businesses in the new financial year.

“We recognize that short term interventions are not enough to meet the challenges of growing our economy such that it accommodates all the needs of the people. We therefore need sustainable interventions that will enable us to reconstruct and recover the economy. Accordingly, a number of strategic infrastructure programmes, aimed at connecting, networking and rendering our Province as one big construction site, are being rolled out,” said the Premier.

In 2021, Mabuyane said, the Eastern Cape would assume its rightful place as a key player in the infrastructure sector, through the Khawuleza PMO and the Coega Development Corporation in partnership with National government and Infrastructure South Africa (ISA).

During this period, he said the province would unveil high value infrastructure projects that underpin its infrastructure development trajectory. Beyond this, Mabuyane has set sights on building and maintaining state properties in an effort to attract investment.

“We have 20 147 immovable assets which include 7 959 assets in human settlements. The value for our audited assets is R8.1 billion, and the total estimated value is R42 billion. We are going to use this portfolio to transform the property sector,” said the Premier.

This year, the province aims to conclude and handover the Maletswai, Komani and Mt Frere government Office Park as it consolidates the Government Office Precincts strategy in Mt Ayliff, Addo and Bhisho.

“I am happy to announce that the protracted litigation on the Bhisho Erf 1 which many of you know as Amatola Sun has been settled. We estimate that this will unlock more than R4 billion in new property development investment to complement the new Bhisho Government Office Precinct,” Mabuyane said.

In Lusikisiki, a state-of-the-art modernised office has been built for the Department of Home Affairs.

He added: “We are pursuing a basket of multi-sectoral priority projects, which include technology and broadband, infrastructure, participation in the roll-out of SA Connect, elimination of inappropriate structures in schools using alternative technology, the eradication of informal settlements and investing in rural roads and construction of bridges”.

With water becoming a major challenge in the Eastern Cape, the Premier said the province was aiming to make inroads in this regard, with intervention programmes in Ndlambe and Makana water security interventions already afoot.

“With respect to the delivery of bulk water infrastructure, several projects are being implemented across the province, particularly through the Regional Bulk Infrastructure Grant program,” he said.

Currently, more than nine bulk water infrastructure projects, valued at R4.9 billion are in implementation in the province and are at varying stages of completion. The Amatola Water Six Plant Upgrade comprises six water supply schemes valued at R500 million.

On the province’s road network, the Premier welcomed a R16.8 billion investment for the next two years.

The money, he said, would see R4.6 billion awarded to 14 Projects from Kareedouw to Humansdorp, Jansenville to Wolwefontein, King Williams Town, Fort Beaufort to Alice, Middleburg, Molteno, Maletswai to Lady Grey to Barkley East, from Whittlesea to Komani, Dordrecht to Indwe, Engcobo and throughout the province. – SAnews.gov.za