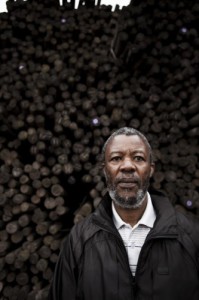 23-11-2010 -An additional 107 small medium and micro enterprises (SMMEs) received direct financial support from provincial development financier, the Eastern Cape Development Corporation (ECDC), from 800 last year to 907 in 2009/2010. This represents a 12% increase in direct financial support to SMMEs. This is despite loan disbursements showing a 28% decrease to R226 million this year from R312 million last year. The decrease in disbursements was a result of ECDC securing less than the required funding from government as budgets were cut and the economy slowing down. ECDC finance brings welcome relief Announcing the financier’s financial results on Wednesday, ECDC chief executive Sitembele Mase says the corporation’s ability to increase the number of SMMEs it supported during this period provided welcome relief to those businesses that felt the brunt of tighter lending criteria imposed by financial institutions. Of the R226 million disbursed, ECDC collected R219 million despite clients struggling to make repayments because of the financial pressure imposed on businesses by the economic downturn. The high recollection rate is due to improved high quality aftercare and account maintenance which became critical during the downturn. It also meant the corporation positioned itself closer to its clients which helped ECDC to take early precautions to help troubled clients and reschedule debt if necessary. Consequently, ECDC opened satellite offices in Aliwal North in the Joe Gqabi District Municipality and in Mount Ayliff in the Alfred Nzo District Municipality late in the year. Rural business gets 59% of the funding “ECDC is encouraged that it continues to impact positively on its core business of providing finance to small businesses despite the many challenges it faced during the year. Special focus was placed on improving funding to rural areas. Subsequently small businesses in rural areas received the majority of the loans accounting for 59% of the funding. “Women-owned businesses received 37% of the loan funding, while 85% of loans went to small businesses with a turnover of less than R500, 000 a year,” says Mase. The increase in funding to rural SMMEs allowed emerging businesses to take advantage of business from government such as the school feeding programme. Businesses in the retail and services industries received the lion’s share of the loan disbursements. The manufacturing and tourism industries also received a sizeable portion of the funding. Mase explains that ECDC support for small businesses goes beyond finance. “ECDC provides a range of non-financial support aimed at improving the competitiveness of SMMEs. These measures often prepare businesses for financial support. IECDM commitment remains “For example, ECDC continued with its highly rated Integrated Emerging Contractors Development Model (IECDM) which transfers skills to emerging contractors. ECDC committed R5,3 million towards the programme and 62 contractors are in their final year. The IECDM has been rated as an industry best practice by the Construction Industry Development Board (CIDB). The construction boom, stimulated by massive infrastructure expenditure by government, resulted in the financier’s construction contractor’s loans exceeding the targeted R80 million in disbursements and reaching R99,6 million. In 2009/2010 ECDC also improved the number of business registrations from 5, 500 last year to 5, 700 in the year under review. “This is hardly surprising if you consider that Statistics South Africa figures indicate that the Eastern Cape has one of the highest proportions of entrepreneurs to population in South Africa,” Mase says. While challenges remain in securing commercial third-party funding for community development projects, ECDC implemented 15 development projects during the year. A significant portion of these were undertaken in the former Transkei. New investments on the rise ECDC also secured R20 million towards a R33 million renewable energy investment in the East London Industrial Development Zone. ECDC has made significant progress in developing sectors such as business process outsourcing and off-shoring and information communication technology. “For example, the corporation developed a framework for a provincial, single-number customer care line. Infrastructure is now in place at the Coega and East London IDZs to host a 1, 500 and 500 seater call centre respectively,’ says Mase. The corporation’s property portfolio has shown improvement with average occupancy rates in Fort Jackson (Buffalo City) and Vulindlela (Mthatha) now standing at 85%. Despite the difficult trading conditions for tenants, ECDC collected R37,4 million. The collection of old debt declined marginally to R11,7 million from R12,9 million in the previous year. “In our efforts to rebuild the provincial economy in the new year, ECDCs role will be to partner government. The coming year holds much promise and I believe there is significant will among stakeholders to build ECDC as a formidable economic force in the province with its impact felt at key points in the economy,” says Mase. CAPTIONS BUILT IT QUMBU Mandisa and Anele Siwahla, a mother and son team, opened hardware franchise Build It in Qumbu in June 2010 after being financed by ECDC. With the R3,5 million funding secured from the Corporation, the team bought into the franchise, refurbished the building they are operating from and purchased stock. G-WORX 14 Pole manufacturer G-Worx Fourteen was acquired by Zolani Ngcingwana in 2009 with ECDC funding of R3,5 million. This funding went towards working capital as well as to the purchase of the previous owner’s assets plant equipment and a steam boiler. The company, whose main activity is the manufacture of South African Bureau of Standards-approved pole products for electricity and telephone transmission, fencing, building, agriculture and vineyards, is located at the Highbury Industrial Estate in Mthatha. ABSA Local banking group Absa has become the first investor at the Coega Industrial Development Zone’s business process outsourcing (BPO) park, with plans to open a 105-seat outbound call centre. The 18,900 m2 facility is to be built at estimated cost of R173 million and should be completed by March 2011. A working model of a call centre, the Absa Contact Centre, already employs 94 people at the zone. ECDC assisted with the facilitation of the project.
About author