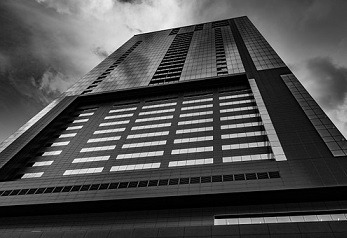 The Gauteng Provincial Government has announced the establishment of a high level provincial Occupational Health and Safety Steering Committee to centralise the safety function...

The Gauteng Provincial Government has announced the establishment of a high level provincial Occupational Health and Safety Steering Committee to centralise the safety function for all buildings accommodating government employees.

“This will address the current practice where there is no central co-ordination to oversee compliance. It will change the practice where occupation safety is not centrally supported but left to HODs, considering that it is apparent that the practice is not working,” said Department of Infrastructure Development (DID) MEC Jacob Mamabolo.

The MEC will chair the committee which will also comprise heads of department (HODs).

“The function of this committee comes into effect today, Friday 07, September, 2018. The priority assignment will to oversee the evacuation of officials from non- compliant buildings and to relocate them to suitable buildings,” said Mamabolo.

Establishment of the committee comes just two days after a fire erupted at a government-owned building in central Johannesburg. The blaze claimed the lives of three firefighters in its wake.

“The immediate task of the committee is to stabilise the building safety environment in the province following the fire accident at the Bank of Lisbon building in the Johannesburg CBD,” said Mamabolo.

According to the Infrastructure Department, the establishment of the committee is in line with the Occupational Health and Safety Act, which places safety as a key responsibility of all the Accounting Officers (HOD’s) as employers.

“The centralisation of this function doesn’t take away the legislative responsibility of Accounting Officers in respect of occupational safety.

“The steering committee seeks to ensure that this function is stabilised, and functions in the most efficient and effective manner. It is at this point that a determination will be made on its gradual decentralisation,” said Mamabolo.