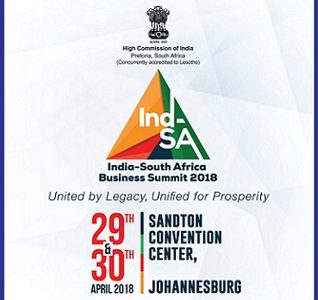 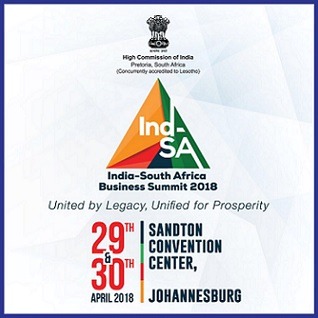 The Business Summit seeks to maximise the potential of the economic and commercial partnership between South Africa and India leveraging both the ‘Invest SA’ and Invest India’ initiatives.

South Africa views its relationship with India as a strategic one.

Minister Rob Davies said that even though South Africa’s total investment to India increased to R10.3 billion in 2017 from R1.4 billion in 2003, a lot needed to be done to increase investments and create jobs in both countries.

“Between January 2003 and September 2017, South Africa recorded a total of 29 Foreign Direct Investment (FDI) projects to India. These projects represent a total capital investment of R10.3 billion which is an average investment of R358.83 million. During the period a total of 5 871 jobs were created,” said Minister Davies on Sunday.

The two-day Summit which gets underway on 29 April will open with a dinner and a tribute to former President Nelson Mandela and Mahatma Gandhi, choreographed by UNICEF Goodwill Ambassador Gavin Rajah.

Minister of Commerce and Industry of India, Suresh Prabhu, said his country and South Africa share a strategic partnership of over 200 years.

“There are over 130 Indian companies in South Africa with an investment of about US$ 8 billion, employing approximately 18 000 South Africans,” said Minister Prabhu.

Companies from both countries will have exhibition booths at the Sandton Convention Centre and business to business meetings for interested companies will be facilitated on-site.

Both Ministers Prabhu and Davies are expected to deliver the keynote addresses at the Summit.

The Summit will also see the participation of Gauteng Premier David Makhura as well as Ministers, Chief Executive Officers and industry specialists from both South Africa and India.

The year 2018 marks a significant year in South Africa – India relations, being the 25th year of establishment of diplomatic relations.