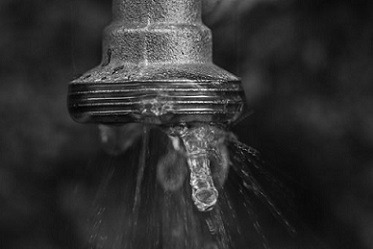 The Department of Water and Sanitation is rolling out several interventions to assist the Nelson Mandela Bay Metropolitan Municipality in avert taps from completely...

The Department of Water and Sanitation is rolling out several interventions to assist the Nelson Mandela Bay Metropolitan Municipality in avert taps from completely drying out due to ongoing drought effects, which have resulted in severe water shortages.

The department said the interventions include the completion of the refurbishment of the Olifantskop Reservoir, which will augment water to the metro by 45 megalitres per day.

“The Motherwell Pump Station has a transfer capacity of 90 Mℓ/day, whilst the Stanford Road pump station is limited to around 90 Mℓ/day due to 500mm and 700mm diameter pipelines,” the department said.

The department said upgrades at the pump stations are done to supplement the additional available water drawn from the Gariep Dam in the Free State, through the Nooitgedacht Water Scheme and transferred to the metro’s western supply zones.

According to a weekly status of dam levels report issued by the department in the Eastern Cape, this week, dam levels remain at 14.9% from 14.8% recorded in the previous week.

Groendal Dam on the Swartkops River has recorded 20.9% from last week’s 21.0%, whilst Kouga Dam, which supplies water to the Nelson Mandela Bay Metro, remains unchanged at a low 16.5%. This time last year, Kouga Dam stood at 4.0%.

The department has since reiterated its appeal to residents to use water sparingly and utilise 50 litres per person per day.

“The metro’s dam levels continue to decline on a weekly basis, despite some light showers experienced in parts of the metro sometime last week,” said the department.

Maintenance operations scheduled in the city

Meanwhile, Nelson Mandela Bay Metro has this week scheduled several maintenance operations in various parts of the city in a bid to reduce water losses.

“Water supply will be shut off between 8 am and 5 pm, as and when operations on the infrastructure take place,” the department said. – SAnews.gov.za