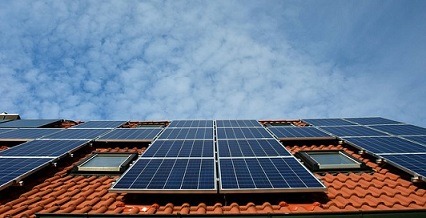 The tender process and the awarding of renewable energy Independent Power Producers (IPPs) contracts have no room for favouritism, Minister of Energy Jeff Radebe...

The tender process and the awarding of renewable energy Independent Power Producers (IPPs) contracts have no room for favouritism, Minister of Energy Jeff Radebe said on Sunday.

At a media briefing in Pretoria, the minister said security around the evaluation process mitigates the risks of corruption and interference.

The evaluation is conducted in a highly secured environment with video and voice recordings and by a multi-disciplinary team of independent external advisers in respect of legal, technical, financial and economic development disciplines.

The evaluation reports are thereafter reviewed by independent reviewers for consistency.

In addition to this, each evaluation process is subject to scrutiny and monitoring by a governance and compliance review team comprised of independent audit professionals.

“All bidders, evaluation teams, review teams as well as governance audit specialists involved are required to complete extensive declarations of conflicts of interest.

“Bidders are also required to declare that no collusion took place in the preparation of their bids. If found to have taken place the bids will be disqualified,” Radebe explained.

The final consideration and approval of the Preferred Bidders are conducted by the Bid Adjudication Committee of the Department of Energy.

The process is fair, open and transparent, the minister reassured.

This comes in wake of allegations that both he and President Cyril Ramaphosa have vested personal interests in IPPs.

President Ramaphosa is married to Dr Tshepo Motsepe and Radebe is married to Bridgette Motsepe, both of whom are sisters to Patrice Motsepe whose company African Rainbow Energy and Power (AREP) is invested in IPP projects.

Radebe said he has no conflict of interest as the 27 IPP agreements which he signed in April emanated from a decision taken by his predecessor Tina Joemat-Petersen back in 2016 and 2017.

“This programme, as well as the proposed future initiatives, will have a significant contribution in job creation across the energy value chain, including the reestablishment of industrial development and support to the technical training of young people to be absorbed in the labour market,” he said.

Radebe said the usage of different types of energy supply, which includes renewable forms of power generation, is in line with the energy policy.

Since 2011, a series of competitive bid windows have been offered to the market under the Renewable Energy IPP procurement programme.

To date, 6 422 MW has been procured from more than 100 IPPs through 7 rounds and 5 bid windows (bid windows 1 to 4 plus bid window 3.5 which was only for concentrated solar PV with storage technology and two bid windows of the small renewable energy programme with a combined capacity of 200 MW).

Presently a total of 3 776 MW from 62 Independent Power Producers have been connected to the grid.

“This is less than 5% of the total energy sold to the consumer. Without their contribution by the renewable energy IPPs, the current load shedding would be much worse.”

While acknowledging that the tariffs bid during the first rounds were indeed high, Radebe said there had been a steady decline in subsequent auctions.

As an example, for wind technology, the average price of the first Bid Window November 2011 was 151c/kWh and has fallen from to 62c/kWh in the Expedited Bid Round in 2016.

Radebe said the renewable energy IPPs cost neutral to national power producer Eskom as the cost is passed on to the consumer with the calculation of the electricity price as allowed by Nersa.

“The electricity prices are highly regulated within the Electricity Regulation Act framework and by Nersa through the electricity pricing policy of 2008. Nersa also allows Eskom a return on assets which is market-related, cost competitive and appropriate for a regulated entity.”

The minister said the assertion therefore that Eskom incurs losses as a result of the Independent Power Producer programme is without foundation, misleading and false.

“Since 2013, Eskom has not incurred a cent in buying electricity from the Independent Power Producers which they have not been able to recover through the tariff allowance. This treatment of REIPP cost applies to Cahora Bassa as well, and this is long established practice.”

The minister went on to dismiss allegations that Eskom is borrowing money for buying the electricity generated by IPPs and linking of coal jobs to the REIPP programme.

Eskom has as early as in the IRP 2010 reported that it will be decommissioning some of the older coal-fired power stations which are reaching the end of their commercial and operational life.

According to Eskom, by 2030, 13 000 MW of coal-fired capacity is scheduled for decommissioning.

“We have to ensure a responsible just transition to a cleaner future by finding ways to mitigate and addressing the risks to coal miners and their families, as well as the communities surrounding these coal-fired power stations,” Radebe said.

In eight years, the REIPP programme has made a significant impact on the economy, attracted nearly R209.4 billion in committed private sector investment and created 38 701 job years for youth and women.

The REIPP programme has also received many awards over the years. The first one was from EnergyNet in 2013, as a recognition of the programme as the Best Renewable Energy Programme of the year and last was the 2018 Thompson-Reuters Project Finance International Award for the best programme on the continent.