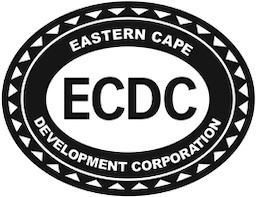 Jarana to head ECDC board

The Eastern Cape Development Corporation (ECDC) has appointed a new board which is headed by Vuyani Jarana and assisted by Simpiwe Somdyala who is...

The Eastern Cape Development Corporation (ECDC) has appointed a new board which is headed by Vuyani Jarana and assisted by Simpiwe Somdyala who is returning as deputy chairperson.

Other returning members from the previous Board are Nolitha Pietersen and Thobile Buthelezi who represents the shareholder on the board from Provincial Treasury.

The constitution of the new Board also sees the return of Boniswa Koneti who served a short period on the Interim Board which was appointed to oversee the corporation until such time that the new Board was put in place.

Jarana has vast knowledge and experience in leadership roles at Vodacom and at the South Africa Airways, along with a number of chairperson and director roles he has held and continues to hold in the private and public sector.

With a Bachelor of Commerce and a Master of Business Administration, he serves on various Boards, among others; as a Chairperson of Vodacom Business Nigeria, Chairperson of Nelson Mandela Museum, Chairperson of Finance and Investment Committee of Eastern Cape Rural Development Agency.

Simpiwe Somdyala served on the outgoing interim Board as Chairperson with an unwavering interest in advancing the strategic goals of the ECDC.

He worked for the Transkei Development Corporation which was later amalgamated into the ECDC and became a Regional Manager in Mthatha, to later return to ECDC to serve as a Board Member since December 2018, as a Deputy Chairperson.

Somdyala holds a variety of qualifications including Honours in Bachelor of Commerce, Master of Business Administration and completed the Executive Development Programme with Wits University.

The appointment of the eight members is in line with the provisions of Section 7(2) of the ECDC Act 2 of 1997, and will be able to fulfil the ECDC’s Board of Directors’ statutory mandate after an introductory meeting by the Shareholder, Economic Development, Environmental Affairs and Tourism’s Hon. MEC Mlungisi Mvoko.

“As the province recovers from the COVID-19 pandemic negative economic impact, the ECDC continues to look for investment opportunities and leading innovations that will bring aggressive economic growth for Eastern Cape”.