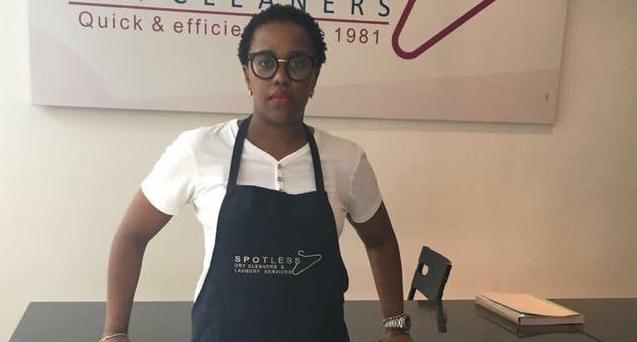 A three-minute business pitch in 2018 earned Mthatha-based Spotless Dry Cleaners an R180,000 portion of the R8 million incentive disbursed by the Eastern Cape...

Total disbursements of R67.1 million (translating to 79%) were paid to 102 enterprises that saved and/or retained 6,662 jobs in targeted sectors of the Eastern Cape economy.

Between April 2018 to end of March 2019, the Eastern Cape Jobs Stimulus Fund disbursed R8,080 million to 11 companies saving or retaining 808 jobs in the province.

“The Eastern Cape Jobs Stimulus Fund disbursed R180 000 to our family business to save and retain 18 jobs.

“We currently employ 23 people. We also created an additional new job. In 2018, I was invited by the Small Enterprise Development Agency (SEDA) OR Tambo region to participate in the SEDA perfect pitch programme.

“The business has since been able to buy a new high-speed dryer worth R 72,000 in cash. South African minimum wages kicked in in January this year.

“Spotless Dry Cleaners is now fully compliant with labour laws. We were able to provide increases to bring 12 staff members to the minimum wage rate. The release in cashflow pressure has allowed us to focus more on the business than in the business. We have been able to bring in three new corporate clients,” says Spotless Dry Cleaners Kanyi Ntloko.

Established in 1981, the business now operates and owns three branches, including an industrial site where full services are offered to clients. The dry cleaner does industrial washing, drying, ironing and sewing machines.

“The fund disbursed a total of R8.080 million to 11 companies saving/retaining 808 jobs in the 2018/19 financial year. The majority of the jobs saved or retained were in the Buffalo City and Nelson Mandela Bay metros and in the OR Tambo, Sarah Baartman and Alfred Nzo districts.

“The businesses operate mainly in the manufacturing, services as well as in the Business Process Outsourcing sectors.

“The incentive is available to businesses based in the Eastern Cape who have a minimum of South African shareholders. The business should be creating or retaining at least 10 jobs. A qualifying business receives an R10,000 incentive for each job saved or retained.

“The business needs to be tax compliant and companies applying for the retention of jobs at risk must demonstrate through audited financials, creditor accounts or management accounts that the company is distressed,” says ECDC senior manager for development finance and business support David Mandell.

Ntloko says the incentive also assisted in the growth of the business. Over the years the business has primarily been “self-funded” with the shareholder and various members of the family continuously contributing financially to sustain the business. Funding from the family has assisted during seasonal fluctuations in the market that would have in a normal business, resulting in the downsizing and reducing the number of employees.

Over the last two years, the family has substantially contributed towards the purchasing of assets, that is, a generator, vehicles, an industrial washing machine, an industrial dryer and 2 JoJo tanks with water pumps. These were bought in cash and some were financed.