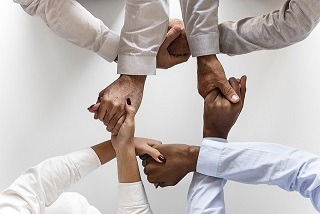 South African Ambassador to Germany Stone Sizani has urged local companies to embrace partnerships with their German counterparts. “The European Union (EU), as a...

“The European Union (EU), as a neighbour continent to Africa, is working on a deal that would establish a Free Trade Agreement with Africa and South Africa in particular, precisely because we are in the same time-zone.  The Germans insist every day that partnerships between South Africa and Germany are of high necessity for German companies.

“That is why they are pumping lots of resources in supporting skills development and supporting the growth of company-to-company partnerships between German and South African companies,” Sizani said on Friday.

He was speaking on the last day of the Fruit Logistica Trade Fair that was held in the capital Berlin. Local companies participated in the trade fair through the Department of Trade and Industry (dti).

The Ambassador’s comments follow on the European Commission President Jean-Claude Juncker’s September 2018 calls for the EU to offer a free trade agreement to the African continent.

Sizani, who visited the South African pavilion at the three-day fair, encouraged local companies to seize partnerships with their German counterparts, especially when introducing South African-made goods and services in the European market.

“They will put a lot of resources in ensuring that all compliance rules that we have to meet in order to get to the EU market are available to South African companies,” he said.

“We have created an infrastructure which allows the embassy to have access to key German industry associations. We speak with them on a regular basis so that we can advise our companies on possible problems and regulations to abide by,” he said.

Over 630 German companies are invested in South Africa.

The trade fair is regarded as the world’s leading international fair for the fresh fruit and vegetable industry.