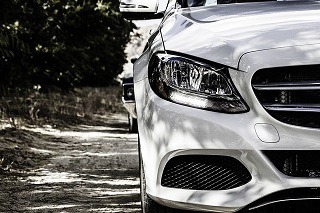 Trade and Industry Minister Rob Davies has unpacked the details of the approved extension of the Automotive Production and Development Programme (APDP) from 2021...

Trade and Industry Minister Rob Davies has unpacked the details of the approved extension of the Automotive Production and Development Programme (APDP) from 2021 to 2035.

Briefing reporters at the Government Communication and Information System (GCIS) head office in Tshwane on Friday, Davies said Cabinet has approved the extension of the APDP from 2021 to 2035 with amendments in support of the South African Automotive Masterplan (SAAM).

The APDP was fully implemented by January 2013 with a view to steer the automotive industry towards producing about 1.2 million vehicles by 2020 with attendant expansion of the domestic supplier base.

The programme will expire in 2020.

“We had to wrestle with issues among ourselves and I think we have come up with something that everybody at the end of the day will be able to live with, which I think is broadly something stakeholders in the industry subscribe to.”

The APDP, which is based on a stable regime for import duties, has delivered good results for the country.

“While that programme has supported investments of R8.2 billion annually and while it has supported growth and employment in the industry, we took a deep dive analysis and we concluded that South Africa still remains a relatively small market in global terms,” said Davies, adding that South Africa only constitutes only 0.6% of global output.

He said the regional market has potential but is undermined by the lack of a common automotive policy, among others.

Analysis by stakeholders also showed that there is a relatively low level of local content, which stands at below 40% at the moment.

“It is an issue because other markets that are producing autos have got more of an embedded ecosystem. That’s where the jobs growth are,” the Minister said.

“We need to deepen local content. In addition to that, we can establish the point of entry for small black-owned companies in the value chain,” he said, adding that government is aware of massive technological changes in the industry, including the move from traditional combustion engines to electric and hybrid vehicles.

The industry needs to increase the local content in assembled vehicles from the current below 40% to 60%.

“We need to improve manufacturing competitiveness to levels that are equivalent to leading competitor countries. We need to transform the industry across the value chain and deepen value addition.

“If we achieve those, it will contribute to an increase in employment, more than doubling employment to reach about 224 000 jobs and for that we need to optimise the local market,” said the Minister.