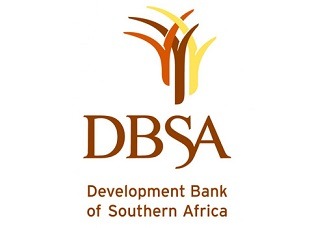 Finance Minister Nhlanhla Nene has been appointed as Chairman of the New Development Bank (NDB) Board of Governors. The Finance Minister’s appointment was made...

Finance Minister Nhlanhla Nene has been appointed as Chairman of the New Development Bank (NDB) Board of Governors.

“Mr Nhlanhla Nene was elected as the Chairman of the BoG and will serve in this position until the end of the next BoG annual meeting,” said the NDB.

The New Development Bank is a multilateral development bank established by Brazil, Russia, India, China and South Africa (BRICS) in 2014.

The Bank is mandated to mobilize resources for infrastructure and sustainable development projects in BRICS and other emerging economies and developing countries, complementing the efforts of multilateral and regional financial institutions for global growth and development.

At this week’s meetings, members of the boards noted the progress of the Bank and expansion of its business scope and provided guidance for its future.

During the 14th BoD Meeting, the board discussed the Bank’s work, including project pipelines in the member countries of the NDB.

Meanwhile, the board of directors also approved six projects from all five member countries of the NDB with loans aggregating $1.6 billion.

“It was highlighted that in 2018 the Bank has significantly strengthened its project portfolio, and the total amount of approvals in 2018 has reached $ 1.7 billion.

“With the six projects approved today, the total amount of the Bank’s portfolio has reached over $5.1 billion.”

“The project is aimed at helping the South African state-owned transportation company, Transnet, to enhance the capacity of its port in Durban, through the rehabilitating of its container terminal berths that are currently operating beyond their original design and the upgrading of port infrastructure to provide additional slots for larger vessels.

“The loan amount for the Durban Container Terminal Berth Reconstruction Project is $200 million.”

It was also decided that the next annual meeting of the bank’s BoG will be held in South Africa in 2019.