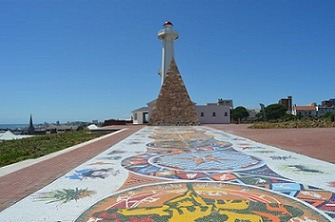 “The policy is a game changer for the province and will help it to spearhead substantial job creation and investment.  The effect is that it could ensure the province comes good on its aspiration to maximise its already-significant position in the renewable energy and gas sector,” he explains.

The national policy, which provides clear and succinct certainty on how South Africa will generate the additional capacity it requires over the next decade, points to the influential role for renewable energy and gas which for the province would mean liquid natural gas (LNG).

“What’s exciting about this new way forward is that this policy could open the floodgates for even greater growth for the province. We are open for business and ready – technically, institutionally and in terms of location processes,” he explains.

Close on 75% of the additional capacity that is being planned will come from solar, wind and gas with the remaining going to hydro and coal, much like the trend globally where more renewable power capacity has been added than coal, nuclear and gas power over the past few years.

“In the case of renewable energy, just over 50% of the additional capacity will come from wind and solar.  In this respect, the Eastern Cape has significant resources as well as an impressive existing footprint with over 16 wind farms and one solar farm.

In the case of gas energy – which is to contribute almost 23% of this new energy – the IRP points to the likelihood of a 1,000 MW gas-to-power project at Coega whose state of the readiness is well-known.

“The province has been preparing for this development for some years and consequently we have experienced a wave of real energy development recently.”

Mabuyane says the good news for the province is that the policy is unashamedly underpinned by a least-cost” philosophy while supporting environmental imperatives.

He says that in the case of solar energy in South Africa, the cost of power has been cut by over 75%.

“For the province, the low cost energy mix inclines it towards renewable energy and gas which is, in most cases, more rurally based and consequently could hold the key to remapping key urban-rural economy. When this happens, it will bring large investment, and consequently jobs, to small towns and rural areas.”

Other benefits include income for community ownership trusts (R7,4 billion over 20 years). Furthermore, black ownership stands at 34% while the local content footprint is at conservative 45%.

The Department is also supporting the development of the sector with other initiatives such as much-needed skills development, supporting transformation, improving local content in manufacturing, leveraging opportunities between investment and socio-economic outcomes as well as supporting municipalities to optimise their energy development opportunities.