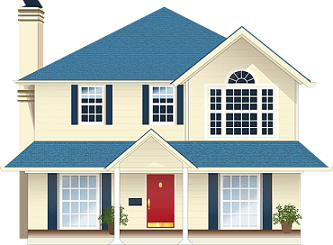 Nxesi on drive to root out corruption in property sector

Public Works Minister Thulas Nxesi on Thursday called on property sector representatives and members of the public to work with government to expose corruption....

Public Works Minister Thulas Nxesi on Thursday called on property sector representatives and members of the public to work with government to expose corruption.

“It is in all our interests to stamp out this culture of corruption, a practise which has brought this country to the brink of disaster,” the Minister said.

Speaking at the launch of the Expedited Lease Renewal Process held in Sandton, Nxesi acknowledged that poor governance and controls have led to much of the chaos in the leasing environment.

“If you have information that officials are not acting ethically, please let me know. If you want to remain anonymous, we also have a phone line for whistle blowers.

“We are now operating against the backdrop of a new political environment. I am not going so far as to say that the new dawn has arrived, but there is certainly renewed hope and confidence amongst our people,” Nxesi said.

He emphasised that government is committed to rooting out corruption, professionalising the organs of government to strengthen service delivery, generating investment and job creation and driving real socio-economic transformation in the interests of all people.

He said there is a need to engage with the big landlords when it comes to leasing properties in the big cities.

“We are also putting in place a procurement regime, which is transparent, to deal with corruption.

“Our economic circumstances as a country, as well as pressure from National Treasury, dictate that we fight corruption and State capture, which was a massive drain on public funds.

“At the same time, we have to improve the way we do business to contain costs and generate income.”

Nxesi said the new direction given by President Cyril Ramaphosa is clear instruction that it cannot be business as usual.

“The President has called for renewed efforts towards real socio-economic transformation in the interests of all our people.

“When I announced that we would be putting out suitable properties to tender, this is not an invitation to ‘radical economic looting’, whereby a few politically-connected syndicates receive contracts in return for providing minimal service.

“We are targeting emerging entrepreneurs who offer a real value proposition and tangible benefits to government,” the Minister said.

The Minister said land and properties continue to be identified for land reform and social housing – including student accommodation.

The launch of the Expedited Lease Renewal Process is aimed at providing a platform for the department to actively engage with client departments, private landlords and key stakeholders within the property sector to address leasing and acquisition of property related matters.

Some of the stakeholders who were present at the launch included National Treasury, the Auditor General and the Special Investigating Unit (SIU).