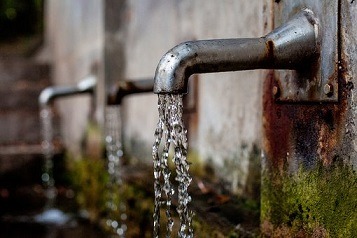 A joint venture by the Department of Water and Sanitation (DWS) and Nelson Mandela Bay Metropolitan Municipality’s (NMBMM) weekly water leaks fixing blitz is yielding positive results with the repair of more than 4 000 water leaks.

This follows an agreement between Water and Sanitation, Nelson Mandela Bay Municipality, and other stakeholders including Amatola Water and Business Chambers, to intensify their efforts to reduce water consumption and repairing of water leaks to address water challenges in the city.

“To this end, 5 589 water leaks have been discovered through the blitz and 4 124 of them have been repaired. A total of 10 708 households in the city have been identified for water restrictions by means of water demand management devices,” Phillips said.

While it is feasible to reduce water leaks significantly by means of repairing them, Phillips admitted that it is not possible to achieve zero leaks in the city, due to ageing water infrastructure.

“The municipality is putting together emergency stations where people can go collect water and if the drought worsens, we have agreed to assist the municipality with procuring water tankers to supply water to water-stressed areas,” Phillips said.

He added that the full functionality of the Nooidgedacht Water Scheme, which is partly complete, will come in very handy to the residents of the area.

‘’The completion of Nooidgedacht Water Scheme is expected to augment 210 Ml/per day (millilitres) to the city, this water will flow from Gariep Dam in the Free State,” Phillips said.

The department has reiterated its call on Nelson Mandela Bay residents to reduce their daily water consumption by at least 20%, to ensure that there is enough water for everyone and to avoid water supply interruptions.

“Water users in the area are advised to utilise 50 litres per person per day,” Phillips said.

Meanwhile, as a measure to offer much-needed information about curbing wasteful utilisation of the available water and conscientising people about the current drought-induced water crisis, Phillips said the department and municipality will on Wednesday, 13 July 2022, embark on a public awareness campaign in the city. – SAnews.gov.za