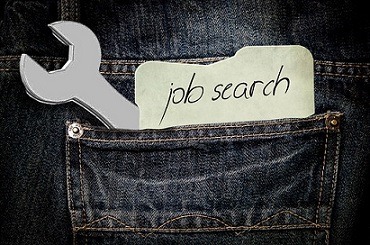 After exhibiting two consecutive quarters of negative Gross Domestic Product (GDP) growth, South Africa’s economy has slipped into a technical recession, foreshadowing an array of economic downturns, including a decrease in employment rates.

But despite this, certain industries have exhibited robustness in maintaining and growing the number of people employed in those industries, according to social enterprise, youth employment engine, Lulaway.

“One of the first obvious signs of an economy hit by a recession is job loss on an industrial scale. Even those industries that do not shed jobs in high numbers display a stagnation in growth, leading to a slower intake of new employees,” explains CEO of Lulaway, Jake Willis.

Figures released by Statistics South Africa showed that South Africa’s GDP has shrunk by 0.7%. Agriculture/Forestry and Fishing made the largest negative contribution of -29.2% followed by the transport industry (-4.9%), trade and retail (-1.9%) with Government at -0.5% and manufacturing coming in at -0.3%.

But some industries fair better than others, says Willis.

“While there are many industries affected, the industries we work with do not seem to be reducing their hiring. Looking at our placement statistics, the security industry, one of the biggest sectors, grew by 1% from the second quarter to 31% (of our total placements in that period) in the third quarter.

Fast Food and Hospitality industry dropped slightly from 10% to 9% in the same period. In line with national contributors to GDP shrinkage, our retail placements dropped from 15% in the first quarter to just 6% in the third quarter.

Willis attributes the robustness of certain industries to the crucial services they provide, such as the security industry. He also says the high turnover in the early stages of employment in many entry-level positions lead to ongoing recruitment to fill these vacancies.

“The most important reason we do not see a decline in our placements is our internship offering.

Our ability to secure funding for host employers funding bodies ensures that the private sector continues to employ entry level jobseekers even in economic downturns. Internship programmes do more than give work experience, they empower interns with spending power who then inject it back into the economy,” Willis says.

Willis says that the financial incentives (in the form of internship funding) are especially important to small businesses who otherwise would reduce or stop hiring when finances are tight.

“Many of our clients are small and medium-sized businesses. Without the financial gain offered by internship funding, they would limit or stop hiring altogether and make do with their current staffing levels.

However, by actualizing the budgets already allocated to internships, we ensure that the businesses can continue current operations and even expand.

Young people gain employment at the same time when they are afforded jobs at these employers. When the economy struggles, internships are more valuable than ever and can be the game changer for SMMEs running on a tight budget”, Willis adds.

Willis says the YES programme will be paramount in furthering job creation by enabling largescale access to internship funding.

He also warns trainers and jobseekers to align their training to the demands of the industry, saying, training without understanding employers’ needs will not solve the unemployment crisis.

“Most of our job seekers hold some sort of training or qualification. However, few of them are aligned with the actual needs of employers.

Training institutions should collaborate closely with placement companies which understand the real needs of employers. They can then direct their learners along learning paths which have the highest chance of employment.

Training alone is not useful. Only training driven by the actual demands of employers will help young people progress economically.

Willis encourages job seekers to carry on with their efforts, and not to give in to the negative outlook.

“There are many opportunities available for those who are willing to start at the bottom and display commitment.

Hard work, talent and tenacity are recognised.  We have many cases of entry-level staff who progressed within the company in short periods of time. Our advice is to get your foot in the door, no matter the type of work, and build from there.”, concludes Willis.