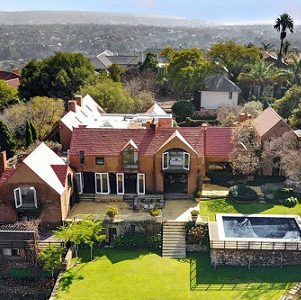 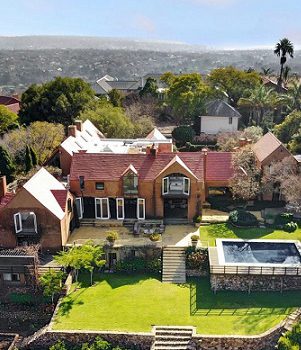 Following its inclusion in the Gautrain route in 2011, infrastructure upgrades in the area, as well as considerable private and public sector investment, Rosebank...

Following its inclusion in the Gautrain route in 2011, infrastructure upgrades in the area, as well as considerable private and public sector investment, Rosebank has undergone a complete transformation.

“Rosebank, which has become a favoured destination of Johannesburg residents for its vibrant mixed-use commercial, retail, entertainment and residential hub, has developed at a tremendous pace in recent years and is today undoubtedly one of Johannesburg’s fastest growing and most fashionable places to be,” points out Rupert Finnemore, Pam Golding Properties Gauteng regional head.

“Identified as a priority Johannesburg development zone, it has been estimated that a substantial R7 billion has been invested in the centre by the private sector in recent years. Recent developments include upgrades to such landmarks such as the Rosebank Mall, The Zone, The Galleria, where a R600 million mixed-use development is underway, and Netcare Rosebank Hospital,” points out Finnemore.

“Redefine Properties is an example of a developer that has made significant investments in Rosebank, indicating high levels of confidence in the area. This leading developer is currently working on a number of large projects in the area which include, among others, a R712 million Rosebank Link Office, as well the iconic Park Central residential development, which is currently under construction.”

Finnemore says that the Standard Bank building completed in late 2013 represents a R2.5-billion investment in the region and is staffed by some 3 000 employees.

“The upshot of all of this development is that Rosebank has become a model mixed-use centre which points to the future of city design within Johannesburg. Today’s Rosebank is tree-lined and vibrant with a rich, cosmopolitan culture. The precinct itself has been redesigned to be pedestrian-friendly with maximum access to public transport,” he notes.

“The growth of Rosebank appears to go against the grain of the current sluggish national economic climate, although similar progress is being seen across a number of centres in Gauteng including Sandton, Fourways and Midrand. It is evident that the growth of Rosebank is assisting in focusing on the residential property market both within the area itself as well as in surrounding neighbourhoods.”

According to Finnemore, the centre of Rosebank is seen by many investors as offering advantages over nearby Sandton, not least of which is the fact that it has tended to be less severely impacted by high traffic volumes. In addition, the close proximity of Rosebank to Johannesburg and Sandton has long been an attraction. OR Tambo International Airport is just 35 minutes away by road and is also easily accessed via the Gautrain, as is Pretoria.

“From the perspective of the residential property market, Rosebank has become an increasingly popular option among younger professionals and executives who appreciate the cosmopolitan and highly convenient inner-city lifestyle it offers. They are creating a demand particularly for sectional title apartments priced between R1.2 million and R3.5 million within the bounds of the centre itself. A number of outstanding apartment developments are being constructed to meet this demand.”

Richard Smith, manager of the Pam Golding Properties Hyde Park region, agrees that the rapid development and popularity of Rosebank is assisting to stimulate demand for homes both in the centre itself, as well as in neighbouring suburbs including Saxonwold, Parkview, Parktown, Parkwood, Parktown North, Melrose, Birdhaven, Dunkeld, Forest Town, Westcliff and others.

“Part of Johannesburg’s old north, these suburbs represent a broad region with complex local property market dynamics, but they do have some aspects in common,” observes Smith. “They are mostly leafy, well-established suburbs catering to the middle through to the upper markets. They are close knit and well maintained communities with highly active local authorities and offer some of the most charming and convenient suburb living in Johannesburg.

“Although there are an increasing number of sectional title developments in these areas, most properties are freehold family homes with established gardens and are considered to offer good value for money.

Smith says that suburbs such as Dunkeld, Melrose and Westcliff are currently offering wonderful opportunities to acquire large homes in these prestigious areas from between R10 million and R20 million.

“The region affords opportunities to those looking for more affordable family home options through to sizable properties. There are more established properties, as well more modern homes situated in the area. We note that many home owners across these suburbs have developed and modernised their older homes, or are in the process of doing so, in order to personalise and bring out the best in them.”

The area continues to attract up-and-coming young professionals with families who appreciate being situated close to Rosebank and Sandton and every possible convenience including outstanding schools, offices, business headquarters, shopping and entertainment, restaurants, medical facilities, the Gautrain stations at Rosebank and Sandton, as well as major arterial road networks such as Jan Smuts Avenue and the M1 freeway.

“Their local residential property markets have maintained their spark despite the tough national economic conditions, the growth of Rosebank assisting to make properties within the region even more attractive to investors, and serving to increase interest in properties here.

“The Rosebank region continues to attract investment opportunities and business people not just from South Africa, but also from the continent and around the world. Within this context, the need for residential properties and accommodation in the area is only likely to continue to increase exponentially,” he concludes.