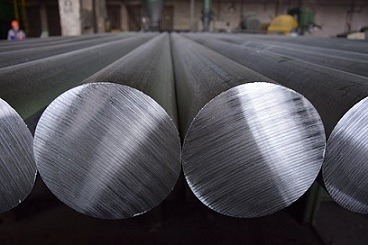 South Africa on Friday expressed concern at having its request to be excluded from the United States’ recent ad valorem tariffs on imports of...

South Africa on Friday expressed concern at having its request to be excluded from the United States’ recent ad valorem tariffs on imports of aluminium and steel turned down.

The implementation of the tariffs follows on the 8 March announcement by US President Donald Trump to implement the tariffs. The Proclamation follows reports from the Secretary of Commerce that imports of steel and aluminium threaten to impair United States national security.

However, the proclamation makes provision for country-based exclusions from the duties, should the US and that country arrive at a satisfactory alternative means to address the perceived threat to national security.

South Africa made a formal submission to the US requesting its exclusion from the duties, with the country’s Ambassador to the US, Mninwa Mahlangu, also having engaged the White House National Security Council Staff, State Department and the Office of the US Trade Representative (USTR).

In its submission, South Africa, through the Department of Trade and Industry (dti), emphasised that its exports of aluminium products are equivalent to about 1.6% of total US aluminium imports. These products consist of specialised aluminium sheet, coil and plate for processing in the US automotives, battery and aerospace industries.

The US Census Bureau data indicates that in 2017, the US imported a total of 33.4 million tons of steel, and imports from South Africa were approximately 330 000 tons or less than 1% of total US imports and 0.3% of total US steel demand of 107 million tons.

South Africa stated that it does not pose a threat to US national security and to the US steel and aluminium industries. It stated that it is a source of strategic primary and secondary products used in further value added manufacturing in the US, contributing to jobs in both countries.

South Africa also assured the US that to a very large extent, the inputs for all steel and aluminium product exports to the US are sourced from local producers and that South Africa has a robust customs control system, which prevents circumvention.

In its submission, South Africa further acknowledged the adverse effects of global steel overcapacity, saying the domestic steel sector has been severely impacted by low priced steel and steel product imports. As a result, South Africa has implemented a number of trade remedy measures.

South Africa supports and participates in the Organisation for Economic Co-operation and Development (OECD) and G20 multilateral process to achieve outcomes of a fair, sustainable and viable steel industry in the future.

“South Africa notes with concern that it is not excluded from the application of duties on steel and aluminium. The imposition of the duties will have a negative impact on productive capacity and jobs in a sector already suffering from global steel overcapacity.”

In addition, the country — which continues to engage the industry — also expressed concern at the varying treatment of trading partners.

“South Africa notes with concern the different treatment of trading partners, which will have an effect on the competitiveness of South African steel and aluminium products in the US. The dti continues to engage the industry on the matter and will pursue further discussions with the US on this issue.”

South Africa’s endowment and exports of primary mineral and metal products (ferro alloys, vanadium, manganese, base and precious metals) have been a source of key input materials for the exceptional technological development in the US advanced manufacturing industries.

The dti said South Africa’s exports account for a small percentage of total US aluminium and steel imports (1% – 2%) mainly consisting of semi-processed and in some cases niche steel and aluminium articles which are used in a number of sectors including oil and gas, automotives, aerospace, transport (bus and rail) playing a critical role in supporting the US economy.

Meanwhile, Minister Davies is scheduled to host a media briefing on Monday on the Section 232 duties matter. – SAnews.gov.za