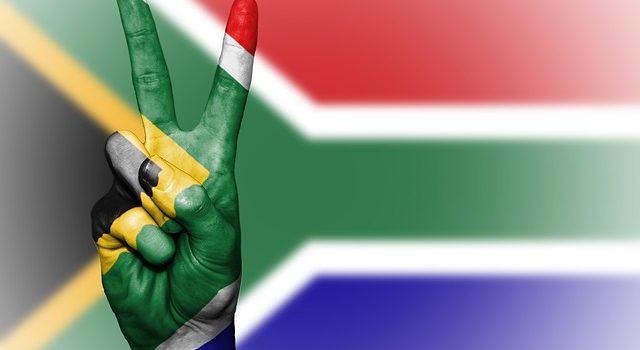 President Cyril Ramaphosa says the government will this year continue to pursue the investment drive which was announced last year, and that the money...

President Cyril Ramaphosa says the government will this year continue to pursue the investment drive which was announced last year, and that the money will be directed to programmes that will create jobs.

He said this when he led the debate on the Presidency’s budget vote in the National Assembly on Wednesday.

“The Presidency will continue to lead the national investment drive and to meet our goal of raising R1.3 trillion in the next five years. By focusing on specific sectors, this money should be directed to programmes that are viable and can create jobs.

“In preparation for the upcoming second investment conference, our provinces are busy devising provincial investment books to inform the national consolidated pipeline,” he said.

In his State of the Nation Address in June, the President announced government’s immediate policy milestones aimed at boosting investment. These include:

• An action plan on an effective visa regime for tourism and high skill immigration;

• A national action plan to tackle extortion and violence at economic sites, especially in the construction sector,

• Stabilising Eskom and detailing a roadmap for the entity’s future,

• Presenting progress on the Public-Private Growth Initiative and the country’s investment pipeline,

• Releasing the approach to land reform, informed by the Advisory Panel’s report,

• Engaging with organised business on the Ease of Doing Business Roadmap.

In the coming weeks, the President will give a progress report on the implementation of the stimulus package that was announced last year.

The President said the government will be increasing its focus into more cross-cutting matters like local economic development so that various spheres and departments of State can account for how they are jointly creating jobs and addressing service delivery for people at the local level.

From time to time, district mayors will be involved in the Presidential Coordinating Council (PCC), and not just mayors from the metros.

“I am immensely encouraged that in their State of the Province Addresses, many of our Premiers indicated that they are strengthening their own coordinating mechanisms, with districts and local municipalities now occupying the centre.

“Even more encouraging are the plans by national and provincial clusters to plan jointly and coordinate their programmes.

“That is what our people deserve — a well-oiled machinery of the government where the left-hand knows what the right hand is doing,” the President said.

The President said, meanwhile, that Cabinet was concerned about reports of a slowdown in service delivery at some of the country’s ports.

“Cabinet is concerned at reports of a go-slow a some of our ports, particularly in the Eastern Cape, where operations have nearly ground to a halt.

“I have directed Ministers Gordhan and Patel to intervene and get our goods to their export destinations urgently. We cannot aim to grow an economy on the basis of exporting value-added products and then fail to meet our obligations to get goods to international markets safely and on time,” he said.

Cabinet was also concerned about growing reports of planned retrenchments by some of South Africa’s big firms.

“…We are engaging stakeholders and will be considering all available options to help our firms to retain as many jobs as possible without compromising their viability,” he said.

Implementing policy in a coherent manner to inspire certainty

The Presidency is required by the Constitution to implement national legislation and coordinate the functions of State departments and administrations.

It is also required to develop and implement national policy in a coherent and cohesive manner to remove policy uncertainty.

“In the past, this envisioned coordination has weakened. Frequent reshuffles of Ministers and a high turnover of senior managers at national and provincial government has led to instability, misalignment, and confusion.

“Public policy must be evidence-based and effectively coordinated. It is for this reason that as the centre of government, we are reconstituting the Policy Unit in the Presidency as the nerve centre of policy coordination,” he said.

The new unit will be leading evidence-based policymaking, liaising and operating with think-tanks and research institutions, and have a line of sight on strategic policy interventions.

“The Policy Unit has already hit the ground running by working through the Cluster System and intergovernmental structures to ensure alignment of national and provincial priorities.

“In this regard, by the end of August we will have provincial Growth and Development Strategies that are fully aligned with the Medium Term Strategic Framework (MTSF),” the President said.

Meanwhile, in promoting youth employment in a focused manner, the government will bring the weight of the Presidency behind the efforts of national and provincial departments, local government as well as business.

“We have a coordinated plan that will be rolled out across government with private sector partnerships.

“It is holistic because it incorporates the provision of workplace opportunities, the SETAs, as well as the Jobs Fund.

“It is inclusive because it involves working with our institutions of higher learning such as our TVETS, universities and colleges – and this by necessity includes a prioritisation of critical skills training,” President Ramaphosa said.

In so doing, the Presidency will be creating pathways not just for young people to obtain gainful employment in the formal economy, but to enable them to be self-employed as well. – SAnews.gov.za