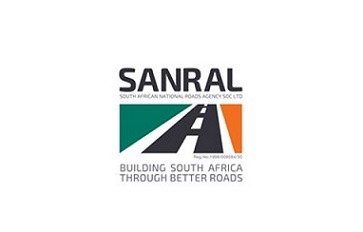 SANRAL learnership: ‘I can stand on my own now’

Nontembeko Khenku was struggling to make ends meet as a domestic worker when she came across an advert for a learnership by the South...

Nontembeko Khenku was struggling to make ends meet as a domestic worker when she came across an advert for a learnership by the South African National Roads Agency SOC Ltd (SANRAL) in a newspaper.

“I’ve learnt how to build access roads, sidewalks and general construction skills. Women must get up, be determined and do it for themselves. They must not be scared simply because it’s a male-dominated industry. Women can also work in construction if they are determined to do so,” says Nontembeko.

Her application was successful, and she underwent a gruelling two-year learnership that helped her make inroads into the tough world of road construction.

Nontembeko is now the owner of Cambeni Construction Company, which is contracted to do work on the R61 near Port St Johns in the Eastern Cape.

“I started in August last year, I am a supervisor and we build sidewalks. They are very important because people are being knocked over by cars but now they will have somewhere to walk on. This will help reduce the number of accidents involving pedestrians walking on, and crossing, the road,” she said.

She now has a level 4 certificate and is proud to own an independent SMME that currently employs eight people.

In the next five years I’d like to see my company grow from grade 5. It makes me very happy to have these many people in my employ as this gets rid of poverty,” said Nontembeko.

She said while women face unique challenges in cracking it in a previously male-dominated sector like construction, there is absolutely nothing that stops them from making a success in this field.

Prior to being employed on this project I was a domestic worker. But now I have learnt how to build access roads, sidewalks and general construction skills. Women must get up, be determined and do it for themselves. They must not be scared simply because it’s a male- dominated industry,” she said.

Being a woman making her mark in this field initially presented challenges in terms of attitudes by some men who doubted she could deliver because of her gender.

“But because I have the skills, I cope very well by using my capabilities. Then they realise that women can indeed do this job,” she said.

Her success in the field of work has also translated into an improvement in her family life.

“I can stand on my own now. I can do quite a lot of things for myself, my family depends on me and they are now a family that is living well,” said Nontembeko.

The project has also changed the lives of labourers such as Bulelwa Ndabeni, who was previously unemployed.

“I have learnt on the job. I have never worked before and I started working here last week. I’m still very new here. I want to see myself succeed and moving forward in life with the work that I’m doing,” said Bulelwa.

“This is my first job ever, the ward committee arrived here and said I must submit my documents and apply at the school and that is how I got the job. I also had to send a letter from the chief. Working here will change my life as I was a struggling parent and now all my needs and wants will be met as I’m employed. I can say to women who want to work they should come and work here on the roads – it really isn’t that hard,” said Bulelwa.

She thanked SANRAL for the opportunity and said she wished the agency can help by giving more work to SMMEs to create jobs.