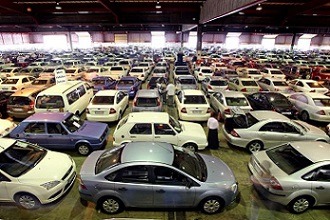 Recent trends have shown that pre-owned car sales are far outweighing new car sales. In TransUnion’s latest quarterly report, the Vehicle Price Index (VPI), which analyses monthly data it receives from dealers, vehicle financiers and banks throughout the country, it states that vehicle financiers are financing 2.22 used vehicles for every single new vehicle bought. Used car finance deals have increased by 4% with the average used car loan being around R234 000.

At an average price of R100,000 and average age of 11 years old for pre-owned cars sold on OLX in the last year (adding to that the improvements in maintenance plans and advancements in manufacturing over the last ten years), the second-hand car market has some appealing options for growing families, first time drivers, entrepreneurs and small businesses.

6 out of the top 10 most wanted cars on OLX of 2017 were larger vehicles – bakkies, SUVs and minibuses.

“Global stats show that smaller cars dominate the pre-owned market but the fact that OLX sees 6 out of the top 10 most wanted vehicles being larger models speaks to the uniqueness of the South African market. It’s likely linked to the larger business/entrepreneur market we have in South Africa and how making smart financial decisions for a business, growing family or career change is now the major driving force.” says Brett Faure, Business Development Manager at OLX South Africa.

It’s no secret the current economic climate has played a pivotal role in many car buyers’ pockets, however, consumers are becoming smarter when purchasing vehicles and understand the value of buying second hand. The allure of status when purchasing a new car is losing its appeal to great deals and good resale value in the larger vehicle market.