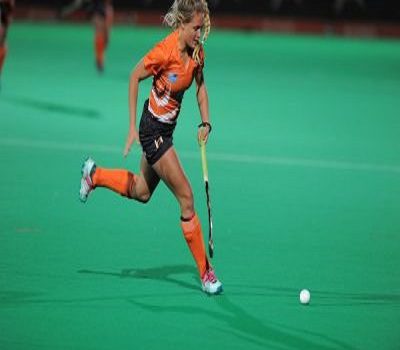 Having ended fifth in both the men’s and women’s divisions last year, the University of Johannesburg hockey teams will target a strong start in the annual University Sport South Africa tournament next week.

Jointly hosted by UJ and Wits, it will be held in Johannesburg from June 28 to July 2.

The Ussa event is slightly earlier this year to compensate for the Hockey World League tournament that will be hosted by South Africa from July 8 to 23 at Wits, among other venues.

UJ hockey manager Elize le Roux acknowledged that the Ussa tournament was always a testing one as the teams jockeyed for the top positions in their pools on the first three days.

“The pool stages are really tough as you need to step on the park in good form from the start because one loss can count you out. You have to try to end first or second in your pool to qualify for the semifinals.

“Some universities think it would be better if you first had quarterfinals, but others say that would just be giving top teams another bite at the cherry if you don’t perform well on the first three days.

“So the format is a bit tricky, but that makes it interesting and worth the challenge.”

UJ have been a strong force in South African varsity hockey, but Le Roux said they would be looking no further than a place in the top four initially and then taking it step by step.

“We always aim for the top four as a starting point and once the pool fixtures are done, we can then focus on the play-off matches. We take it a game at a time and we always try to assess our opposition’s strength to see where we can match and better them.”

Le Roux said the Ussa tournament played an important role in their plans as it provided a yardstick to measure themselves against other institutions and created chances for younger players to make an impact.

“We are in a rebuilding phase with both the men’s and women’s teams, with the women gearing up for next year and the men looking ahead at 2019,” she said.

“Three-year performance cycles are the key and the Ussa week gives us an assessment of where we stand internally as well as against our competitors.”

She said the week had further significance because it acted as a qualifying tournament for the 2018 Varsity Hockey men’s event.

With their preparations having gone well, Le Roux said some of their key players could be in the national team for the Hockey World League event.

“Depending on the final selection, we could be missing Lisa Deetlefs, Carmen Smith, Tyson Dlugwana and Garreth Heyns, but we do have other senior provincial and Namibian national players stepping in.”

“Among the men we have SA U21 players Courtney Halle, Amkelwe Letuka and Kyle Lion-Cachet, plus the experience of Taylor Dart and Che February to provide good depth.”

She added that their coaching staff of Garreth Ewing (men), who is also the senior national trainer for the Hockey World League, and ex-national player Lance Louw (women) were part of an experienced management team.

“So the support for the players behind the scenes is there and the teams have the full backing of UJ Sport to do us proud. We wish them all the best and hope they will produce some positive memories.”