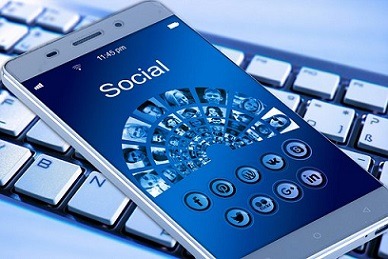 Use social media in a responsible manner

The Ministry of Communications has urged the public to use social media in a responsible manner. This follows an image on social media showing...

The Ministry of Communications has urged the public to use social media in a responsible manner.

This follows an image on social media showing a minor who is alleged to have contracted a mouth disease after consuming “counterfeit” or illicit perishable goods procured from stores owned by foreign nationals.

The Ministry warned that circulating the image is not only discriminatory but affects the dignity of a minor.

Communications Deputy Minister Pinky Kekana has called upon all citizens to be responsible internet users, noting that the internet has the potential to be used for great good but can also cause terrible harm.

“It is in your hands. People can limit the harm by vetting the content they want to share. Sharing unverified and unauthenticated information can have real consequences for the sanctity of our nation and its democratic values,” Kekana said.

Kekana said that what is more disconcerting is that the image comes at a time where citizens have taken issue with the quality of perishable goods sold mainly in the townships and semi-urban areas, and particularly of stores which are owned and or managed by foreign nationals.

“A simple reverse image of the picture reveals that it is not a recent one and cannot be attributed to South Africa. In essence, it appears that there is a concerted effort to spread incorrect, harmful content in order to stoke xenophobic attitudes within our communities.

“False information masquerading as news has the ability to divide our communities instead of assisting the very same communities to find solutions to concerns raised by consumers,” the Deputy Minister said.

Communities can report any suspicious-looking food items or business selling expired food products to the National Consumer Commission at 012 428 7000 or by e-mailing complaints@thencc.org.za