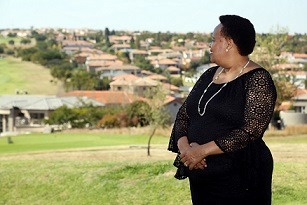 Principal of the Xoliswa Tini Properties, Xoliswa Tini, has been nominated for the 2018 SA Women in Property Awards in the businesswoman of the...

Principal of the Xoliswa Tini Properties, Xoliswa Tini, has been nominated for the 2018 SA Women in Property Awards in the businesswoman of the year entrepreneur category.

One of only two nominees from the Eastern Cape, Tini will join nine Gauteng counterparts in Johannesburg mid-August for the awards ceremony on 22 August 2018.

The awards, which were established in 2006, recognise outstanding leadership, inspiration, vision, and innovation in organisations that have stepped up and shaped women’s roles within the private and public sectors.

Over 80 nominees have been received for the three chapters of the Women in Property Network.

This nomination follows a litany of awards for the best customer service, top Startup, most Eastern Cape’s progressive company of the year in the region, top agent, most registered deals, business of the year, and business leadership award.

The awards will also recognise achievements by women in the public sector.

Winners of the regional awards process go forward to the national pool where a winner is selected for each category.  Only one winner is made for the Ilsa Blane award.

Five criteria are used to evaluate the entries.  The winner should be operating her company for more than a year, display exceptional entrepreneurial skill and flair, have achievements that are evident, be operationally involved and the driving force behind the business.  Furthermore, the businesswoman should be engaged in CSI and mentoring and be able to show social impact.

The Women’s Property Network was established in early 2000 to create a forum for women in a predominantly male industry to exchange information, develop business contacts and enhance professional success.

The other nominee from the Eastern Cape is Sibongile Booi from The Second Office who will take part in the Western Cape region’s awards process.